From Our Lovin’ Ovens comes Memphis, TN’s Own Beneva Mayweather, and her Culinary Collection.

Daniel Watson, the youngest grandson of Beneva Mayweather, founded and developed the Beneva Mayweather Food Brand in 2007. Up until that time, Beneva Mayweather was an owner of a catering service named Mayweather Catering. It was important to Daniel that Beneva’s legacy, after her passing in 2000, lived on through the food products that made Mayweather Catering one of the premier food service businesses in Memphis and the Mid-South. It was, in fact, the driving force that brought Daniel directly from Morehouse College with a Cum Laude degree in 2004 back to Memphis, turning down lucrative job offers along the way to take the catering service to the CPG, consumer packaged goods, marketplace.

These products not only capture the essence of flavors that were essential to Beneva Mayweather in her over 40+ years in the food service industry, but it also allows Beneva Mayweather Foods to bring to the marketplace the legacy and passion that Beneva developed and used to make memorable culinary creations and delicious satisfying dishes like every mother, sister, aunt, grandmother, and godmother have made, and continue to make, in homes and kitchens around the globe. Beneva’s secrets to her success in the kitchen have been unlocked. Now the world can taste these secrets in their respective kitchens.

It was also in Memphis where Daniel got the motivation from Beneva’s oldest daughter and former business partner Emma Mayweather Lincoln, who, with the help of her friend Denise Sims wrote Our Mother’s Table: The Culinary Journey of Beneva Mayweather, to embark on the journey of ensuring Beneva’s legacy lives on. This goal was achieved through trial and error with food development of various products that were created by Beneva in her business. Everything from salad dressings to ice creams were all considered. A line of seasonings and breading were eventually the perfect fit that were introduced as the first items in the Beneva Mayweather Foods Catalog. With the assistance of Emma, who now owned and operated Emma Mayweather Lincoln, Caterer, until her passing in 2015, and a slew of friends and family, Beneva Mayweather Foods had a line of six breadings and seasonings as well as homemade gourmet yeast rolls and cinnamon rolls all From Our Lovin' Ovens of Beneva Mayweather. Although the seasonings and breadings are not currently in production, they served as the foundation of leading this company to the point where there are multiple distribution outlets that carry the Beneva Mayweather line of artisan baked goods.

Understandably, these products are more than about Beneva and her legacy in the eyes of Daniel. It is about being a responsible leader in helping to bring Memphis as well any city that has a Beneva Mayweather Foods location to the forefront as being a community that is full of resolute and talented citizens who want the best for themselves, their respective families, and their collective community. 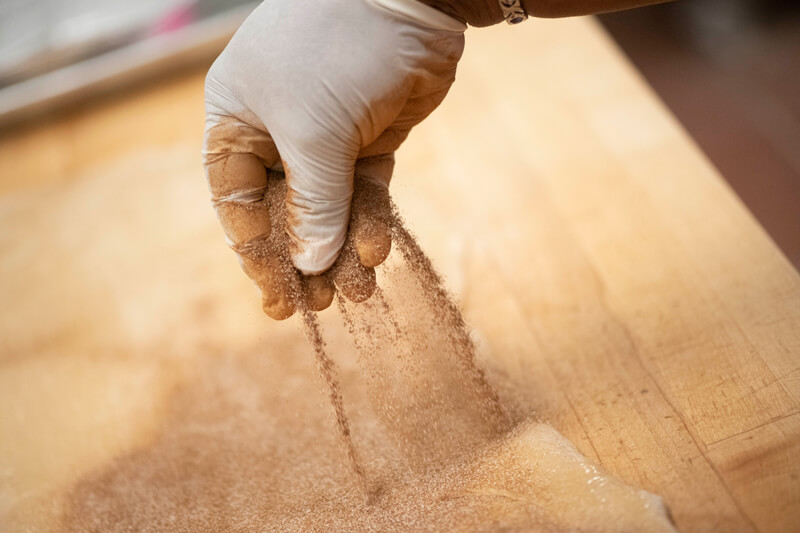 With Beneva Mayweather Foods, we aim to have a positive impact on job creation, leadership initiatives, and overall economic development here in the city of Memphis and beyond! With the world as its stage, the Beneva Mayweather Brand is honored to provide our wonderfully diverse and savvy consumer population with memorable and timeless culinary delights just like your Grandmother, Mother, Aunt, Sister, Godmother, or any remarkable woman in your life did… and continues to do. Be on the lookout and request the Beneva Mayweather brand in a store near you.

The world can now experience a little taste of Beneva Mayweather Foods - “From Our Lovin’ Ovens!”

Talk to Us
Scroll To Top